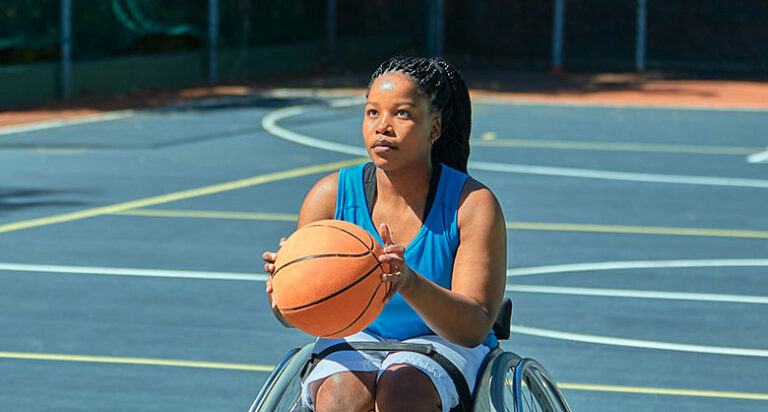 We compare each behavior with another, more healthy response. And we present real-world examples to show how these positive responses can be applied in common situations—with the goal of preventing abuse and misconduct from happening in the first place.

Note: It is far more important to attentively recognize an inappropriate behavior than to strictly categorize it. Read more.

Someone’s conduct may be considered Emotional Misconduct even if they did not cause (or mean to cause) harm.

Emotional Misconduct does not include coaching techniques and behaviors that are professionally accepted. For example, a coach may talk with a wrestler about strategies for making weight but must not ridicule or fat-shame them.

What are examples of Emotional Misconduct?

Motivation and Support: A healthier way to respond

C.J. is a middle-distance runner who has recently broken multiple records. An article and photo about C.J.’s athletic success is posted to a track and field social media platform.

Physical Misconduct is any behavior done on purpose that causes (or could reasonably cause) physical harm to another person.

Physical Misconduct does not include coaching techniques and behaviors that are professionally accepted. For example, athletes may kick and hit each other during a karate tournament, but not during a swim meet.

What are examples of Physical Misconduct?

Accountability and Safety: A healthier way to respond

Caleb falls after colliding with Rohan when they both go for the ball during their soccer game.

Bullying Behaviors are repeated or severe aggressive behaviors directed at someone under age 18. The behaviors are intended or likely to hurt, control, or diminish that person emotionally, physically, or sexually.

Bullying involves repeated or severe behaviors such as:

When done to adults, these behaviors could qualify as other violations of the SafeSport Code, such as Hazing or Harassment.

Bullying does not include:

What are examples of Bullying?

Inclusion: A healthier way to respond

Devon is new to his youth travel team and earns a starting position over a returning player.

A Note About Bullying of a Sexual Nature

Bullying Behaviors that are sexual in nature or related to gender or sexual orientation is characterized according to the Safesport Code as Sexual Misconduct. An example of Bullying that is sexual in nature would be an athlete consistently ridiculing and making fun of a nonbinary 15-year-old teammate’s pronouns, haircut, and clothing. Adult Participants in the U.S. Olympic and Paralympic Movement must immediately report Bullying of a sexual nature to the U.S. Center for SafeSport. They must also immediately report known or suspected Child Abuse, including Sexual Misconduct that could be considered child sexual abuse, to law enforcement.

Harassment is repeated or severe conduct that does at least one of the following:

Note: Harassment based on a person’s gender, gender identity, or sexual orientation is classified as a type of Sexual Misconduct in the SafeSport Code.

Harassment does not include:

Coaches should still address any inappropriate behaviors, even if they are not considered Harassment, to promote a positive team environment and prevent problem behaviors from escalating.

What are examples of Harassment?

Respect: A healthier way to respond

Noor, who is new to the team, wears a hijab.

Hazing involves conduct--either physical, mental, emotional, or psychological--that may abuse, degrade, intimidate, or put a person in danger in order to join or be socially accepted by a group.

Hazing does not include:

What are examples of Hazing?

Justin is captain of the baseball team.

A Note About Hazing of a Sexual Nature

Hazing behaviors that are sexual in nature or related to gender or sexual orientation are also considered Sexual Misconduct. An example of Hazing that is sexual in nature would be if team leaders made first-year athletes imitate sex acts each time they wanted to enter the locker room. Adult Participants in the U.S. Olympic and Paralympic Movement must immediately report Hazing of a sexual nature to the U.S. Center for SafeSport. They must also immediately report known or suspected Child Abuse, including Sexual Misconduct that could be considered child sexual abuse, to law enforcement.

See the full Toolkit for additional scenarios in all abuse and misconduct categories.

Visit the below pages for resources and links to help you recognize, prevent, and respond to abuse and misconduct in your organization.

Use these Toolkit handouts and activities to help your team or colleagues discuss principles together and put them in action in your sport setting.

A broad range of organizations and community resources are just a click away to help coaches, parents, and other athlete allies support individuals in need.

Stay connected with the latest news, resources, and tools from the U.S. Center for SafeSport and enjoy our quarterly e-newsletter, The Gameplan.

The U.S. Center for SafeSport is an independent nonprofit organization responsible for responding to and preventing emotional, physical, and sexual misconduct and abuse in the U.S. Olympic and Paralympic Movement.